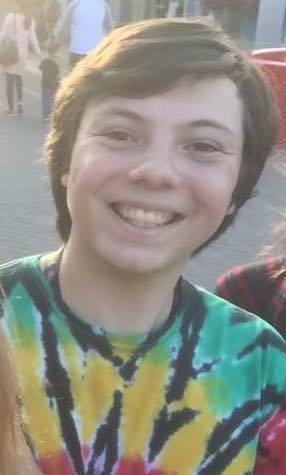 Alex was 1 of a kind!  He loved studying and teaching people about politics, economics, law, and Germany and its culture, listening and dancing to EDM and German hip hop and rock music, playing with his dogs, hanging out with friends, doing things in nature, making and eating high-quality foods, and marketing.

Alex was highly intelligent.  He scored 32 on ACT.  He knew almost everything about the topics that he studied.  He started to teach people about economics at age 4 when he explained APR to Aunt Catherine.  When he was age 6 or so, he told Karl that he was negligent.  Alexander had set up a special Legos set.  Karl accidentally knocked over part of it.  Alexander started to cry.  Karl said that it was an accident and they would fix it.  Alexander said, "It was not an accident!  You were negligent!"  I never dumbeddown things for my kids because I wanted them to be the best that they could be.

Alex could teach what he knew in a way that most people could understand, as well.

Alex knew tons of EDM and German hip hop and rock songs by heart.  He was very happy when he was singing and dancing them.

Karl used to call Alex my MiniMe because we were a lot alike.

My MiniMe is in Heaven now, being shown the ropes by Karl and other loved ones.  He's perfect!  He has no disabilities.  He's not even "gay fat", which he used to say. LOL!  He's doing everything that he wanted to do here on Earth!  I'M GRATEFUL FOR THIS!  THANK YOU, GOD!

Private funeral service by invite only will be held on December 9 at noon, with visitation beginning at 10 AM.  Burial will be thereafter at The Grove United Methodist Church Cemetery, where Karl is buried.

To watch the funeral online, please contact Christie for the livestream video info.

To order memorial trees or send flowers to the family in memory of Alexander Thompson, please visit our flower store.