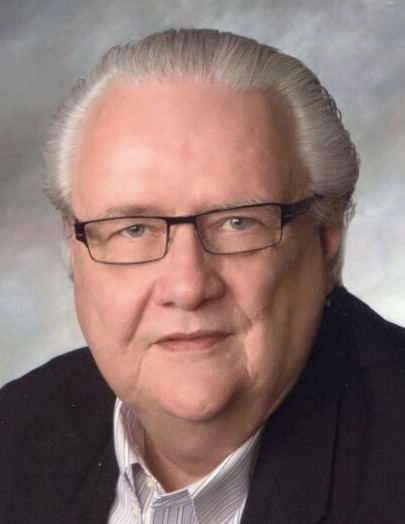 Memorial service will be 10:30 am Tuesday, December 28, 2021 at Cottage Grove United Church of Christ, 7008 Lamar Avenue S., Cottage Grove with visitation one hour prior.  Interment will be held at Ft. Snelling National Cemetery.  In lieu of flowers please make donations in Claude’s name to the American Cancer Society or Pillars of Oakdale.

Claude John Schmuki Jr. was born June 21, 1947 in Waukesha, Wisconsin to Claude and Virginia Schmuki.  He attended parochial school in his early years and graduated from Catholic Memorial High School in Waukesha.  Following the unexpected death of his father, Claude completed his business degree from Spencerian College.  He entered active duty in the US Army and was stationed in Vietnam during his period of service.

Claude returned to the US and began management training with Woolworth’s where he also met the love of his life, Pamela Hickory.  They were married on April 30, 1972 in Milwaukee and the following year he became manager of the Woolworth’s store in Kenosha, Wisconsin.  He took a job transfer to West St. Paul and eventually settled in Cottage Grove in 1980.  It was that year that he decided to take on a new career and took the certification to become a realtor.  He enjoyed working with people serving in that capacity for 29 years.

Claude enjoyed driving around town, being in nature and had a fascination with birds.  He will be remembered as a kind, social person who looked out for the needs of others.

He is survived by his wife Pamela; children Brett (Leia Less) Schmuki and Sami (Wally) Dittrich; grandchildren Sophia, Arabel, Brennan, Kailey, Justin and Lily; brother Thomas (Carol) Schmuki and niece and nephews Angie, Zach and Jer.  He was preceded in death by his parents.

To order memorial trees or send flowers to the family in memory of Claude Schmuki Jr., please visit our flower store.