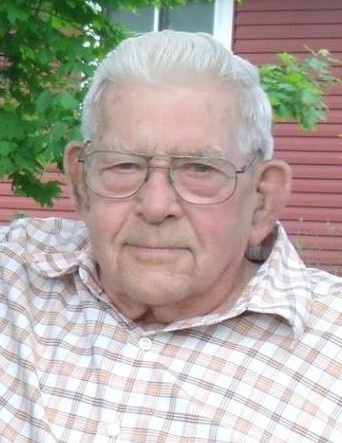 Funeral will be 11 am, Tuesday, June 11, 2019 at Kok Funeral Home, 7676 80th Street S. Cottage Grove with visitation starting at 9 am until the time of service.  Interment will follow at St. Thomas Aquinas Cemetery.  Memorials are preferred in lieu of flowers.

Daniel was born October 23, 1931 to Norman and Fern Gervais.  He was born in St. Paul and grew up in Little Canada.  In his younger years he served as an altar boy and worked at Dixie Cream Doughnut in St. Paul.  He met the love of his life, Maryann Lavelle and they were married on May 2, 1951.  Daniel proudly served his country with the US Marine Corp during the Korean War and upon his discharge he returned to Minnesota where he worked for the City of St. Paul and operated Dan’s Trash Removal for a few years.  He and Maryann had 7 children and kept busy with their activities as they grew up.  Through the years, Dan worked for Gustafson Oil Company, Spancrete and St. Joseph’s Catholic School.  He was an avid fan of the MN Twins and MN Wild.  Dan enjoyed doing things with his hands including woodworking, working on the car and staying close to his grandchildren and attending their activities.

To order memorial trees or send flowers to the family in memory of Daniel Gervais, please visit our flower store.