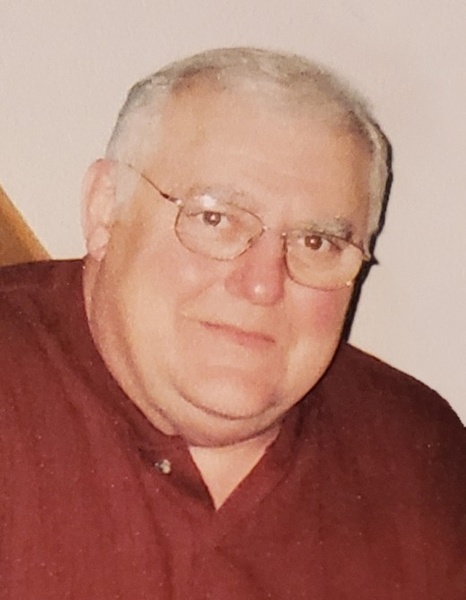 David W. Wixson, age 78 of Little Canada, passed away November 19, 2021 at his home surrounded by his loving family.

David Warren Wixson was born January 26, 1943 at Fairview Hospital in Minneapolis, MN to James and Karma Wixson.  He was baptized at age 13 and confirmed in his faith as an adult at Beautiful Savior Lutheran Church in Eagan, MN.

He grew up in Newport, MN with his three sisters.  In his younger years Dave developed a love for fast cars and enjoyed drag racing at the Brainerd International Raceway.  He started painting at an early age following in his dad’s footsteps.  He pursued a career in painting and completed the painting program at St. Paul TVI in 1969.  For 40 years he worked as a commercial painter in the metro area as well as doing residential painting.  Dave was a longtime member of the St. Paul Painters Union Local 61 until his retirement.

Dave married his first wife Sharon on March 14, 1970.  Together they raised their children Tammy and Tim.  He enjoyed tinkering on engines and earned his certification to repair small engines and ran a little shop out of his garage.  Dave married his current wife MaryJo on March 12, 2004.  Together they have six grandchildren.  They enjoyed travelling up north where they spent a lot of time fishing.  Throughout his lifetime Dave also enjoyed camping, hunting, snowmobiling, four wheeling and boating on the St. Croix River.

The family would like to extend a special thank you to Allina Health Hospice for their wonderful care to Dave and his family during the last few months, as well as a sincere thank you to Open Arms of Minnesota for providing and delivering meals.

LIVESTREAM INFORMATION:  For those who would like to participate in David's service via livestream, you can watch the service on Thursday, December 2, 2021 at 11:00 am.  It can be viewed by scrolling to the bottom of this page, and "CLICK PLAY" to begin.  Please leave a message of support on our Tribute Wall to let the family know you were able to watch the service.  If you are having troubles with the Livestream, the service will be available to watch later in the day.

To order memorial trees or send flowers to the family in memory of David Wixson, please visit our flower store.