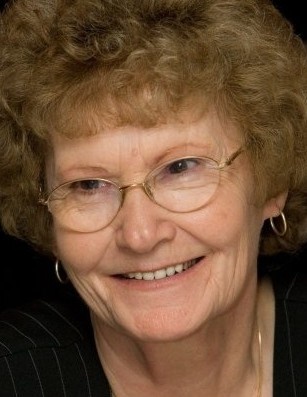 Over the course of their marriage, they raised 5 children and subsequently she graduated from Austin Community College with a degree in nursing.  She was a critical care nurse at Naeve Hospital in Albert Lea, MN which later became part of the Mayo Health System, until she retired in 2009.  Even with an active social life, church activities, quilting and volunteering, she flunked retirement and took a new job at St. John’s Nursing Home in Albert Lea until her family convinced her to retire again in November of 2019 and move closer to them.

Her final years found her making new friends while staying in touch with her lifelong friends in Albert Lea.  She was known for her kindness, compassion and having the heart of a caregiver.

She is preceded in death by her parents, her husband and her sister, Vicky Morris.  She is survived by her children, Denise, David (Kerry), Danny (Shelley), Darrin, and Lisa, many grandchildren and many great-grandchildren.

A celebration of her life will be held on Saturday, February 19, 2022, from 5-7 pm at Kok Funeral Home, 7676 80th Street S., Cottage Grove with a scripture service at 6:45 pm.  Private interment will take place with her beloved husband, Charles, at Graceland Cemetery in Albert Lea at a later date.

LIVESTREAM INFORMATION:  For those who would like to participate in Debra's service via livestream, you can watch the service on Saturday, February 19, 2022 at 6:45 pm.  It can be viewed by scrolling to the bottom of this page, and "CLICK PLAY" to begin.  Please leave a message of support on our Tribute Wall to let the family know you were able to watch the service.  If you are having troubles with the Livestream, the service will be available to watch later in the day.

To order memorial trees or send flowers to the family in memory of Debra Hanson, please visit our flower store.