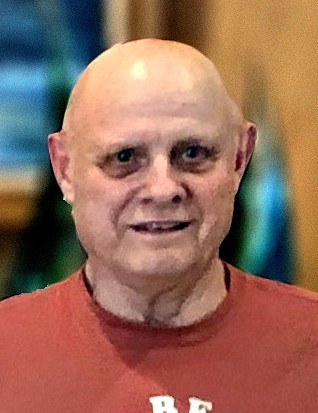 Mass of Christian Burial will be 10:30 am, Thursday, December 23, 2021 at St. Thomas Aquinas Catholic Church, 920 Holley Ave., St. Paul Park with visitation one hour prior.  Interment will be held at the church cemetery.  A rosary will be held at 9:15 am on Thursday prior to the service.

Donald Joseph Dreher was born August 23, 1949 in Emmetsburg, Iowa to Joseph and Mildred Dreher.  In his younger years the family lived in parts of Iowa and Red Wing before moving to St. Paul where he graduated from Johnson High School in 1968.  Don received his certification to become an electrician at St. Paul TVI and shortly after was drafted into the US Army where he was stationed in Korea.

Don was introduced to Teresa O’Donnell by his sister-in-law and they soon became a couple.  They were united in marriage in July of 1974.

Over his 30 years as an electrician, Don enjoyed what he did and was a proud member of the St. Paul IBEW Local 110 for many years.  He was a member of St. Thomas Aquinas Catholic Church where he was active with the Men’s Club, Knights of Columbus as well as assisting with the daily Mass setup.  Don was also involved in the Senior DFL group and looked forward to morning coffee at McDonald’s.  Don loved his family and will be deeply missed.

LIVESTREAM INFORMATION:  For those who would like to participate in Don's service via livestream, you can watch the service on Thursday, December 23, 2021 at 11:00 am.  It can be viewed by scrolling to the bottom of this page, and "CLICK PLAY" to begin.  Please leave a message of support on our Tribute Wall to let the family know you were able to watch the service.  If you are having troubles with the Livestream, the service will be available to watch later in the day.

To order memorial trees or send flowers to the family in memory of Donald Dreher, please visit our flower store.