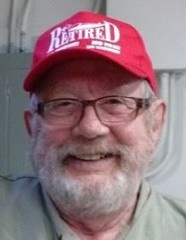 Funeral service will be 2 pm, Saturday, January 8, 2022 at Kok Funeral Home, 7676 80th Street S., Cottage Grove.  Visitation will begin at 11 am and be held until the time of service.  Private interment will be held at Ft. Snelling National Cemetery. Masks will be required. In lieu of flowers, memorials may be directed to The Recovery Church , 253 State Street S, St. Paul, MN 55107.

Duane Dale Score was born November 8, 1934 to Ingvald and Minta Score.  He grew up in Minnesota and after completing his degree at Park High School, Duane entered active duty in the US Marine Corps. He was stationed stateside for a brief time before being sent to Korea during the Korean War.  Once he returned, Duane took a job with Northern States Power as a tree trimmer, which he held for over 35 years until he retired.

Duane was married to Ruth Fick on August 24, 1957 and they resided in Newport where they raised their children.  Duane did some occasional locksmithing and was a collector of many things including stamps and coins.  He served as a reserve for the Newport Police Department as well as a volunteer with the Newport Fire Department where he also held the rank of Fire Chief for many years.  Although in his early years he had his share of struggles, he was proud to say that 2021 marked 45 years of sobriety.

LIVESTREAM INFORMATION:  For those who would like to participate in Duane's service via livestream, you can watch the service on Saturday, January 8, 2022 at 2:00 pm.  It can be viewed by scrolling to the bottom of this page, and "CLICK PLAY" to begin.  Please leave a message of support on our Tribute Wall to let the family know you were able to watch the service.  If you are having troubles with the Livestream, the service will be available to watch later in the day.

To order memorial trees or send flowers to the family in memory of Duane Score, please visit our flower store.