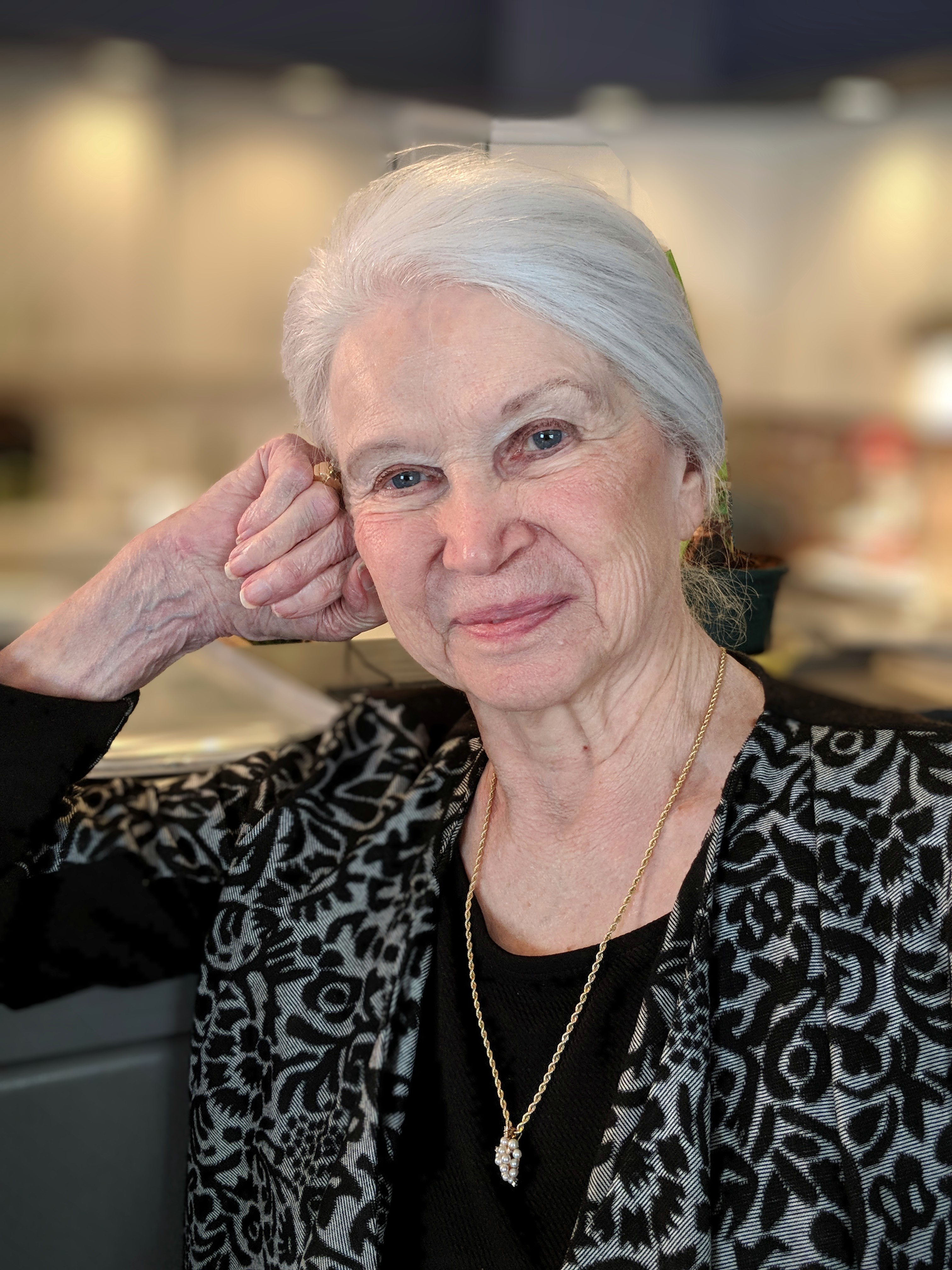 Fran was born in Detroit, Michigan, on January 3, 1931, to Robert Garland Gouge and Agnes Hansena (Johnson) Gouge, the fifth of eight children. As the daughter of traveling ministers, Fran grew up in many places. Big cities like Detroit and Cleveland, the coastal town of Bridgeport, Connecticut, and a cotton farm in the deep southern town of Vilonia, Arkansas. Growing up, her family's life was wholly devoted to ministry, and Fran learned how to serve in every capacity: preaching, teaching Sunday school, playing piano, preparing meals, cleaning, and visiting the sick to name a few.

When she was a teenager, she left school in order to take care of her siblings and home while her parents traveled around the country to preach and sing. An excellent student, she completed her high school education through American Correspondence School, doing so well that she earned a full scholarship to attend college at Central Bible Institute in Springfield, Missouri. There she met her husband, Benjamin Tims. They were married in Kansas City, Missouri, on November 26, 1953. Soon after they married, they started welcoming children and moved to Minnesota to plant churches in Red Wing, Hastings, and Cottage Grove.

Fran was known to her family as an incredibly hard worker. In her younger years, she picked cotton, worked on B-52 bombers, and was a receptionist in a medical office and a university. As a mother, grandmother, homemaker, and host, she shined. Her home was always immaculate, she was an excellent cook and baker, and she hand-made many clothes for her husband, children, and grandchildren. She became a licensed minister with the Assemblies of God, and served tirelessly as a partner to Ben in the ministry, spending many evenings helping him write his sermons. He leaned on her for her vast knowledge of the Bible and of the English language. When her children were school-aged, she worked full-time, most notably as an executive assistant to the board of directors for the Farm Credit Banks of Saint Paul, Minnesota, until her retirement. Upon the death of her husband in 2013, she moved to Manitowoc, Wisconsin, to spend time near her oldest daughter.

She loved reading, writing, and playing Scrabble. She could quote anything from the Gettysburg Address to Mark Antony's speech in Shakespeare's Julius Caesar. She was particularly fond of Russell Stovers, black licorice, having a beautiful manicure and hairstyle, shoes, and the color red. She was affectionately known to her grandchildren as "Honey".

In celebration of a life well-lived, all are invited to a visitation at Kok Funeral Home (7676 80th Street South, Cottage Grove, MN) on Wednesday, November 2, 2022, from 9-11 am. Per Fran's wishes, a private funeral service for her children and their families will follow the visitation.

To order memorial trees or send flowers to the family in memory of Frances Tims, please visit our flower store.