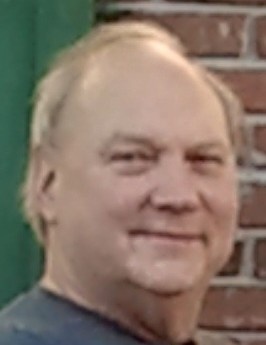 Gary M. Anderson, age 69 of Cottage Grove, passed away peacefully on July 29, 2021 following a courageous battle with cancer with his wife, Sandra, by his side.

Gary Anderson was born December 9, 1951 in St. Paul, Minnesota to Romaine and Veronica Anderson.  He grew up in St. Paul and graduated from Washington High School in 1969.  He entered active duty in the US Navy and was stationed in Rhode Island and served as an airplane mechanic.  It was there that he met Sandra while having ice cream at the Newport Creamery.  After his military service they were united in marriage on July 2, 1974.  They moved to Minnesota and lived in St. Paul for a short time before settling in Cottage Grove.

He worked for American Hoist and Derrick Company for nearly 10 years where he assembled cranes.  He was later employed at Koch Refinery in Rosemount for several years where he served as a boiler operator and supervisor.  Gary worked at Cogentrix before finishing his career as a stationary engineer at the Met Council in St. Paul.

He was a jack of all trades and could do just about anything.  Gary was often found working on the house, cars and meticulously taking care of the lawn.  He was extremely intelligent and was often the “go-to-guy” when people needed information.  He enjoyed following the Minnesota Twins, going to car shows, watching NASCAR racing and going to the Oshkosh Air Show.

Gary is survived by his wife of 47 years Sandra; sons Dustin (Tracey) and Todd; grandchildren Aviana and Amelia; sister Kathleen Anderson.  He is preceded in death by his parents.

The family would like to personally thank the staff with AccentCare and The Pillars for their warm, dedicated and compassionate care during this time.  Also, thank you to the friends and neighbors of Gary’s family who checked in on them and expressed their love and kindness during his illness.

To order memorial trees or send flowers to the family in memory of Gary Anderson, please visit our flower store.