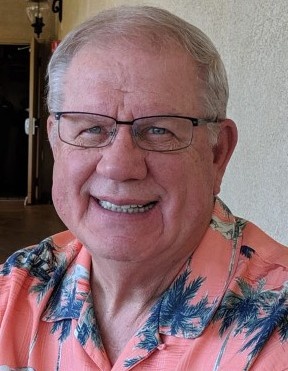 Gary Edward Rein was born in Duluth, Minnesota on January 28th, 1947 to Ronald and Dorothy Rein.  He graduated from Duluth Central in 1965 and received his Bachelor of Science in Pharmacy with distinction from the University of Minnesota in 1970.  He was a member of the pharmaceutical honor society Rho Chi as well as the Phi Delta Chi Pharmacy Fraternity.  He served in the Army for three years from 1971 to 1974, spending time in California and Germany.

He worked at Bober Drug on Grand Avenue in Saint Paul, Minnesota for over 30 years.  He was the quintessential friendly neighborhood pharmacist.  He was kind and compassionate and customers loved him for it. He was a credit to his profession.

Gary enjoyed deer hunting, fishing, pickle ball, and traveling.  He especially loved traveling with Jan in their RV and exploring all over the United States. He was an excellent card player and was merciless with his “Rein’s Rules”.

He had a vivacious personality and always made people around him laugh.  He was overly generous and had a heart of gold.  He was goofy and funny and loved playing with his grandkids.  He was an awesome man, bar none.

He is no doubt in heaven now making everyone call him “Mr. Gary Edward Rein Sir”.

To order memorial trees or send flowers to the family in memory of Gary Rein, please visit our flower store.