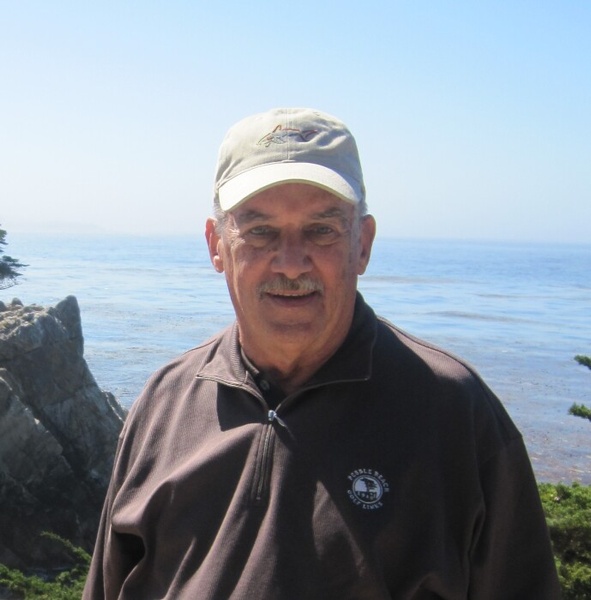 George Marshall May, Sr. died peacefully at United Hospital in St. Paul on Wednesday, December 22 at the age of 81.

George is survived by his son George, Jr. (wife Meg, sons Mark, Tony, and Michael) and his sister Bernice Brotz. He is preceded in death by his father George, his mother Rita, and his wife Marge.

George was born on July 19, 1940 in Jersey City, New Jersey and was raised in Union City. After completing his military service in the Army, George began working in New York City. It was there that he met Margaret (Marge) Davide of Brooklyn, NY. They were married and celebrated their 50th anniversary prior to Marge’s passing in 2012.

George and Marge, along with Marge’s sisters and their families, left New York City in the mid-70’s in search of a better life, moving to Cottage Grove, Minnesota to join family members Mike and Marie Porcaro, who had lived in Minnesota for many years. Minnesota became home to all three families and remains home to them today. Of the 10 people who made that journey all those years ago, six have gone to join the Lord in His eternal glory.

George’s passion was for his family. Even as he grew older, he doted on his grandsons, nephews, nieces, and cousins, with a special love for little children.

George’s favorite hobby was the game of golf. He passed many pleasant hours with his son, family, and friends, trying to master the game that no one ever does. He scored two holes-in-one in his long time in the game, never missing the chance to share the camaraderie of what Mark Twain referred to as “a good walk spoiled”.

A funeral will be held at the Church of St. Rita in Cottage Grove (8694 80th Street) on Thursday, December 30. Visitation is at 10:00am. The funeral Mass will be celebrated at 11:00am. Interment will be held immediately after at Cottage Grove Cemetery, where George will be laid to rest alongside Marge. Lunch will be served at St. Rita’s, after the interment. All are welcome to attend.

In lieu of flowers, please send donations to the Church of St. Rita. The family would like to thank all the caregivers, doctors, nurses, and staff who provided care for George in the final years of his life. You were all extraordinary.

LIVESTREAM INFORMATION:  For those who would like to participate in George's service via livestream, you can watch the service on Thursday, December 20, 2021 at 11:00 am.  It can be viewed by scrolling to the bottom of this page, and "CLICK PLAY" to begin.  Please leave a message of support on our Tribute Wall to let the family know you were able to watch the service.  If you are having troubles with the Livestream, the service will be available to watch later in the day.

To order memorial trees or send flowers to the family in memory of George May, Sr., please visit our flower store.