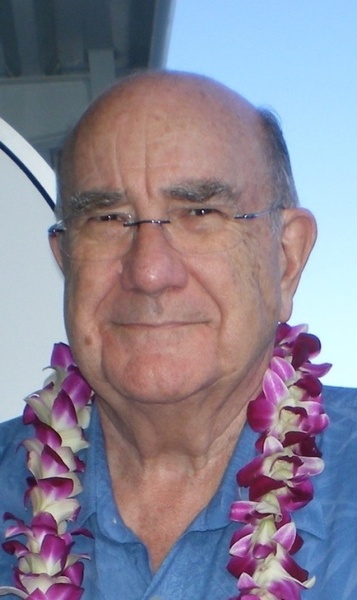 Howard L. Babcock hated Japanese beetles, but he loved just about everything else about gardening — especially watering his yard and sharing raspberries and tomatoes.  For over 50 years in Cottage Grove, MN, he never lost his roots as a farmer.  He loved being outside both in his large suburban backyard and at his lake cabin in Webb Lake, Wisconsin.  Those that knew him enjoyed his sense of humor, intelligence, and clever turns-of-phrase.  Howard passed away August 4, 2019 after a battle with cancer and will be greatly missed.

Howard was born on June 8, 1940 on a farm outside Keister, MN to Norman and Irene (Quade) Babcock.  His interest in engineering led him away from the farm.  He attended Mason City Community College in Iowa and later graduated from Iowa State University with a degree in Mechanical Engineering in 1963.  After graduation he was drafted into the Army and served his country at Picatinny Arsenal in Dover, New Jersey.

In 1965 he moved back to St Paul, Minnesota and began work at American Hoist and Derrick in the engineering department.  In 1966, he met Nancy Hopkins and they were married September 9, 1967.  They moved to Cottage Grove in 1969.  Their son Bruce was born in 1968 and Steve in 1971. They bought land on a lake in Wisconsin in 1977 where they built the family cabin in 1979.  Many memories have been and continue to be created there with family and friends.

He is survived by his loving wife of 52 years, Nancy; sons, Bruce, Stephen (Maria); grandchildren, Breanna, Justin and Sarah.  Howard is preceded in death by his parents and grandson, Nathanial.

A Memorial Service will be held at 11 AM, on September 9, 2019 at Kok Funeral Home, 7676 80th St S. Cottage Grove, MN with visitation one hour prior. Interment will be at Cottage Grove Cemetery.

To order memorial trees or send flowers to the family in memory of Howard Babcock, please visit our flower store.