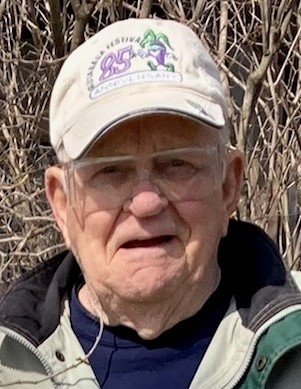 Memorial service will be 11 am, Monday, November 22, 2021 at All Saints Lutheran, 8100 Belden Blvd S., Cottage Grove with visitation one hour prior to the service. Masks will be required while inside the church .  Interment Newport Cemetery.

Howard De Wayne Schnack was born October 1, 1932 in St. Paul, Minnesota to Howard and Lillian (Locke) Schnack.  At the age of 17 he entered active duty with the US Army where he proudly served his country.  Howard was united in marriage to June Teasdale on March 10, 1951.  They returned to Minnesota where he worked as a truck driver for Glenndenning Motorways for nearly 30 years.  He also worked for the bulk mail center in Eagan for the remainder of his working years.  After retirement, he and June enjoyed spending the winter months in Florida.

Howard enjoyed staying active in the community and was a dedicated member of the St. Paul Park American Legion and the St. Paul Park Lions Club where he served as president.  Among the things he enjoyed the most were golfing, deer hunting, 4 wheeling and spending time with family.  He liked working on projects and going for rides on the “Chitty-Chitty-Bang-Bang”.

He is survived by his daughters Deborah Schnack and Barbara Buelow; 7 grandchildren; 15 great-grandchildren; brothers Bob (Connie) and Thomas as well as extended family and many friends.  He is preceded in death by his wife June; son Richard and parents Howard and Lillian.

LIVESTREAM INFORMATION:  For those who would like to participate in Howard's service via livestream, you can watch the service on Monday, November 21, 2021 at 11:00 am.  It can be viewed by scrolling to the bottom of this page, and "CLICK PLAY" to begin.  Please leave a message of support on our Tribute Wall to let the family know you were able to watch the service.  If you are having troubles with the Livestream, the service will be available to watch later in the day.

To order memorial trees or send flowers to the family in memory of Howard Schnack, please visit our flower store.