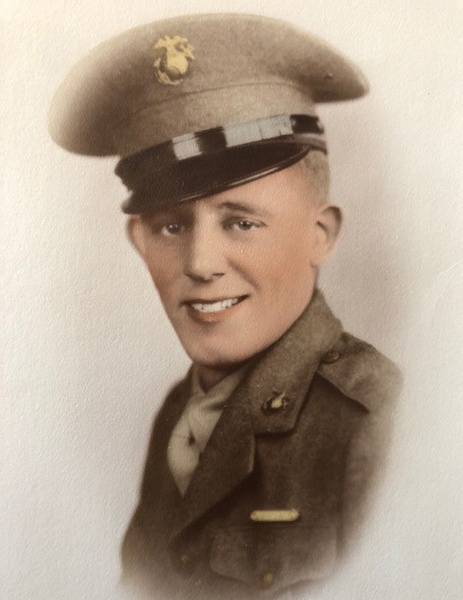 Jerry was born March 29, 1927 in West St. Paul, Minnesota to Vincent and Anna (Sidel) Feesl.  As a young man he worked on the railroad where he served as a cook.  He enlisted in the US Marine Corps and honorably served his country during World War II.  After completing his military service he was employed at Ft. Snelling and the US Post Office until he took a position with the Cottage Grove Public Works Department where he worked as a mechanic until he retired.

Jerry was married to Joanne Birkeland in 1957 and their union was blessed with a daughter, Julie and son, John.  They went on several family vacations through the years and toured much of the United States.

He enjoyed bowling and fishing, but his first love was working on and restoring cars.  He was a member of the Minnesota Street Rod Association and the Slow Pokes.  He proudly shared the work he had done in restoring his 1932 Ford and his 1940 Ford Two Door, which were two of his favorites.

To order memorial trees or send flowers to the family in memory of Jerome Feesl, please visit our flower store.