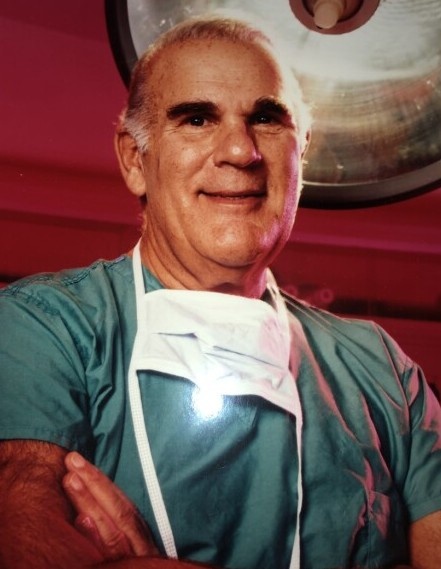 Private family services will be held.

John Najarian was born in Oakland, Calif., in 1927, the son of Armenian immigrants. After growing up in the Bay Area, he played college football as an offensive tackle for the University of California, Berkeley, joining the team in its 1949 Rose Bowl loss to Northwestern.

He quickly became a successful organ-transplant surgeon and was recruited by many colleges, ultimately choosing the University of Minnesota Department of Surgery, where then-chief of surgery Dr. Owen Wangensteen was building an academic medicine program known internationally for surgical innovation and a tolerance for unconventional approaches.

Najarian took over as head of surgery there in 1967, after Wangensteen retired. He was 39 at the time.​  He was known as a pioneering transplant surgeon, who spearheaded experimental lifesaving transplants for adults and children, and he used his immersive knowledge of immunology and surgery to create a drug called ALG that prevented organ rejection in many people.

"John — Dr. Najarian — was equally proficient as a surgeon and as an immunologist. And that was incredibly important. Because he was the one who pushed the boundaries in what you could do with transplant," said Dr. Jakub Tolar, a bone-marrow transplant doctor who is dean of the U's Medical School today.

Dr. Sayeed Ikramuddin, the current chair of surgery at the U, said Najarian was known for pioneering islet cell transplants and kidney transplants for diabetes, and pediatric transplants, among many other things.

John Najarian was preceded in death by his wife of 67 years, Mignette who died last year, and his son Paul, who died in 2014. He's survived by sons Jon, Dave and Pete, and many grandchildren and great-grandchildren.

To order memorial trees or send flowers to the family in memory of John Najarian, please visit our flower store.