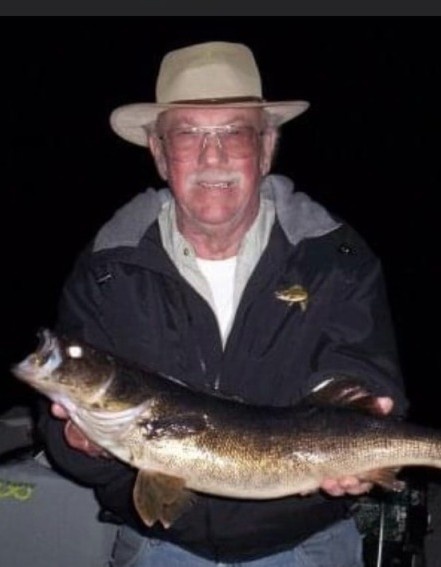 John Douglas Denzer, 89, loving husband of the late Marlys (Engel) Denzer of Cottage Grove, MN passed away peacefully surrounded by his loving family on January 29th, 2022, after a short but very courageous battle with Covid Pneumonia. He was a devoted husband, father, grandfather, and great grandfather and took immense pride in the lives of his family.

John was born August 5, 1932 in Trimbelle, WI, and lived on a farm with his family until he enlisted in the United States Navy and served in the Korean War.  After the Navy he met the love of his life Marlys (Engel) and married on June 30th 1956.  They bought a home and raised his family in one of the first developments in Cottage Grove in 1956.  He got a job as an airplane engine mechanic in St. Paul and after a short time his entrepreneurial spirit led him to start his first business in Cottage Grove, Jack’s Pure Oil, (which later became Jack’s Union 76, and Jack’s Phillips 66) which they owned and operated for 34 years until his retirement.  Jack and Marlys also owned and operated Ja-Mar Sports which sold snowmobiles and motorcycles.

John loved the Cottage Grove community and served Cottage Grove for over 20 years as a city councilman and as mayor.  He was also active member of the Jaycees, Lion’s Club, American Legion, and a member of St. Thomas Aquinas Church.  John was an avid fisherman and spent most of his summers enjoying his cabin on the Gunflint with his family and in his boat always trying to “out fish” everyone else.  It was his own personal heaven. He was an outdoorsman, skilled craftsman, and devoted fan of the Minnesota Vikings.  He spent much of his retirement years creating and building birdhouses and feeders in his workshop with his loving companion Bonnie.  John was extremely close to his brother Leroy and they spent many hours in the boat together and sitting around the table playing a competitive game of Euchre or Yahtzee.  John was an active Facebook poster and many loved and looked forward to his “Good Morning “ posts.  His work ethic, sense of humor, generosity, stubbornness, and unconditional love will be dearly missed.

The family sincerely thanks the doctors and nursing staff at Woodwinds Hospital, Woodbury MN for their compassionate care for John.

LIVESTREAM INFORMATION:  For those who would like to participate in Jack’s service via livestream, you can watch the service on Friday, February 4, 2022 at 11:00 am.  It can be viewed by scrolling to the bottom of this page, and "CLICK PLAY" to begin.  Please leave a message of support on our Tribute Wall to let the family know

To order memorial trees or send flowers to the family in memory of John "Jack" Denzer, please visit our flower store.