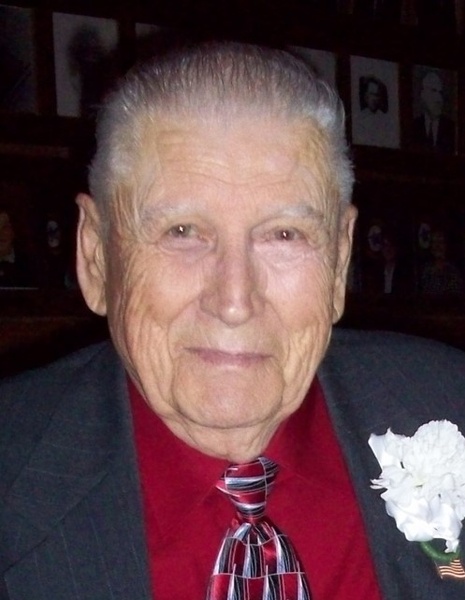 Lester Clifford Bevins was born February 4, 1926 in Ogema, Minnesota to William and Helen (Disterhoft) Bevins.  Les entered active duty in the US Army in 1944 and honorably served his country during WWII.  He met the love of his life, Elenora Thompson, and they were married on November 19, 1948 in Elbow Lake, Minnesota.  He worked at the Elbow Lake Creamery for several years before they moved to St. Paul in 1951 and found employment with International Harvester for the next 29 years.  In 1960, they moved to Cottage Grove.  Les was later employed by International Mower until his retirement.  Les served at the UAW Union Representative and was also a member of the VFW Post 8752 and American Legion Richard Dingle Post 98.

Les enjoyed fishing, playing cards and was an avid fan of the Minnesota Twins and watching All Star Wrestling on TV.  For many years they enjoyed the winter months in Texas and going on various trips.  Les was honorably awarded the Purple Heart and Bronze Star for his military contribution.

He is preceded in death by his parents and siblings, Edith, Robert, William, Alvin, Ruth, Florence, Delores and twin brothers.  He is survived by his wife of 70 years Elenora; daughters Avis (Wayne) Lorenz and Verna (Alan) Hultman; 6 grandchildren; 8 great-grandchildren and 3 step great-grandchildren; sisters Donna and Doris and many nieces and nephews.

A special thanks to the angels from Allina Hospice and Southview Acres Health Care Center who provided tender loving care for Dad over the last 16 months.

To order memorial trees or send flowers to the family in memory of Lester Bevins, please visit our flower store.