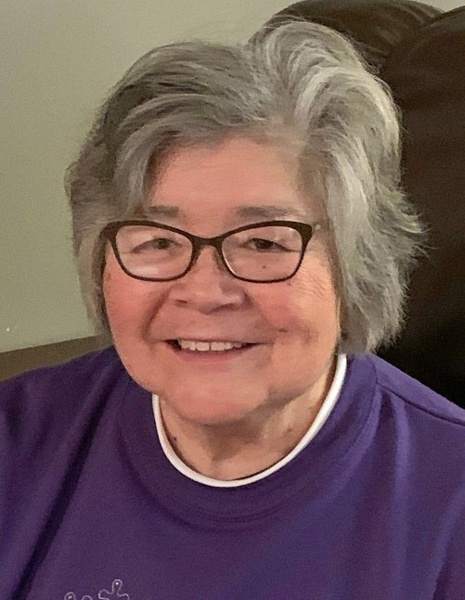 UPDATED SERVICE SCHEDULE - Visitation will be 4-8 pm on Monday, August 23, 2021 at The Church of St. Rita, 8694 – 80th Street S., Cottage Grove with a rosary at 7 pm.  Mass of Christian Burial will be 10 am on Tuesday, August 24, 2021 also at the church.  Interment Ft. Snelling National Cemetery.  To watch the mass via livestream, see instructions below.

Sue was born in Chihuahua, Mexico and moved to El Paso, Texas.  After graduating from high school, Sue attended the University of Texas – El Paso and graduated with a Bachelor’s Degree in Music.  While attending the Western Playland Amusement Park, Sue met the love of her life, Robert Heinz.  After two years of courtship via mail and visits, they become engaged on Christmas of 1967.  Sue and Bob were married March 9, 1968 in El Paso, TX and moved to Cottage Grove later that year.

Early in their marriage Sue, taught school at St. Agnes and after the birth of their children transitioned to raising her daughters and caring for her family. When Sue’s daughters were school aged, Sue decided to re-enter the work force and attained a position with the Internal Revenue Service where she worked as an Investigator.  Sue’s tenure at the IRS spanned 30 years, where she made many friends and thoroughly enjoyed her job.

Sue’s greatest accomplishment and what she valued most in life was being a Grandma. She was deeply committed and loved her “girls” fiercely.  Sue was an exceptional example of benevolence through her actions as a Daughter, Wife, Mother and Grandmother.  “Grandma Sue” taught many life lessons and instilled values, such as love, honesty, commitment, and the importance of education and faith.  There was not a request that was too big when it came to her “girls”.  You could always find “Grandma Sue” cheering and supporting her granddaughters on proudly at all of their milestone moments such as birthday’s, religious moments, sporting events, horse shows, dance recitals, academic achievements, school plays, concerts, and color guard.  She often stated she never wanted to miss a moment and had so much more to see with her “girls”.

LIVESTREAM INFORMATION:  For those who would like to participate in Sue's service via livestream, you can watch the service on Tuesday, August 24, 2021 at 10:00 am.  It can be viewed by scrolling to the bottom of this page, and "CLICK PLAY" to begin.  Please leave a message of support on our Tribute Wall to let the family know you were able to watch the service.  If you are having troubles with the Livestream, the service will be available to watch later in the day.

To order memorial trees or send flowers to the family in memory of Lourdes "Sue" Heinz, please visit our flower store.