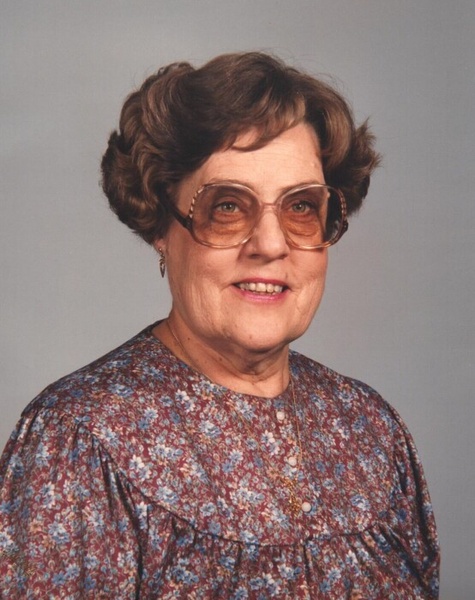 Lucille Ellen Lind was born in Wahoo, Nebraska on February 7, 1925.  She was the second of four children (Pearl, Lucille, Leona, and Ray) born to Leonard and Clara Lind.  In school, she learned to play the violin, and continued to play for much of her life.  After graduation from high school, she went to school in Chicago to learn Infant Care where she became good friends with classmate Thora Haugo from North Dakota.  Thora introduced Lucille to her brother, Clemens Haugo, who was serving in World War 2.

Lucille stayed in Chicago caring for newborns in several homes, and eventually married Clemens in January of 1948.  They moved to North Dakota where they lived until 1952 when she and Clemens (along with children Mary, Ruth, and Ray) moved to St. Paul when he took a job with the Milwaukee Road Railroad.  Soon son Paul was born, and in 1956 the family moved to Newport and subsequently sons Miles and Bruce were born.

Lucille worked at various jobs from time to time while raising kids in Newport, but primarily saw herself as a housewife and Mom.  She loved sewing and needlework in all its forms, including making quilts, curtains, and wedding dresses.  She experienced the loss of close family members during her life, but also the joy of new family members as her children had families of their own.  Later in life, she often volunteered her time, including serving at the “Lots of Savings” secondhand store in St. Paul.  She was an active member of Newport Lutheran Church for most of her adult life, where she made many long-lasting friendships.

In 2014 at the age of 89, she moved out of what she jokingly called her “starter house” in Newport after 58 years, and transitioned to senior living at Norris Square apartments in Cottage Grove, not too far from Newport.  She remained there until she was called to her heavenly new home on May 2, 2022.

Special thanks to the staff at Norris Square (Cottage Grove) and Optage Hospice for their care.

LIVESTREAM INFORMATION:  For those who would like to participate in Lucille’s service via livestream, you can watch the service at 10:30 AM, Tuesday, May 10, 2022.  It can be viewed by scrolling to the bottom of this page, and "CLICK PLAY" to begin.  Please leave a message of support on our Tribute Wall to let the family know you were able to watch the service.  If you are having troubles with the Livestream, the service will be available to watch later in the day.

To order memorial trees or send flowers to the family in memory of Lucille Haugo, please visit our flower store.