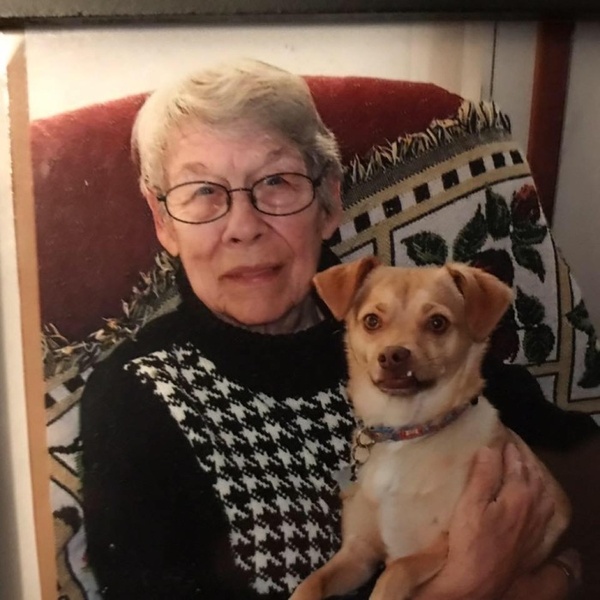 Marcie was born May 26, 1929 in North Branch, MN, the daughter of Walfred and Myrtle (Dahl) Swenson. Marcie talked many times about being born at her grandparent’s farm and being placed in a shoebox on the warming shelf of the cook stove. She was Confirmed in the Swedish Lutheran Faith in South Saint Paul in 1943. Marcie was proud of her Swedish heritage being a second generation Swedish-American. She graduated from South Saint Paul High School in 1947. After high school she worked as a clerk at the Exchange Building in South Saint Paul.

Marcie married Richard F. Luhrs, Sr. on September 22, 1950 at Bethesda Lutheran Church in South Saint Paul, MN. “Big Rich” passed away on July 22, 2000. One of Marcie’s greatest accomplishments as a wife and mother was packing up and moving her family many times while supporting Rich’s career in the printing industry. After moving back to Cottage Grove in 1976, Marcie and Rich took many vacations to Las Vegas. Over the years, Marcie was always a gracious host to her family, friends and especially her grandchildren. She was an avid card game player including Contract Bridge. Later in life Marcie traveled with family members and took her entire family on a Caribbean cruise in 2006. She was quite the shopper and in recent years visited Goodwill everyday.

To order memorial trees or send flowers to the family in memory of Marcelline Luhrs, please visit our flower store.