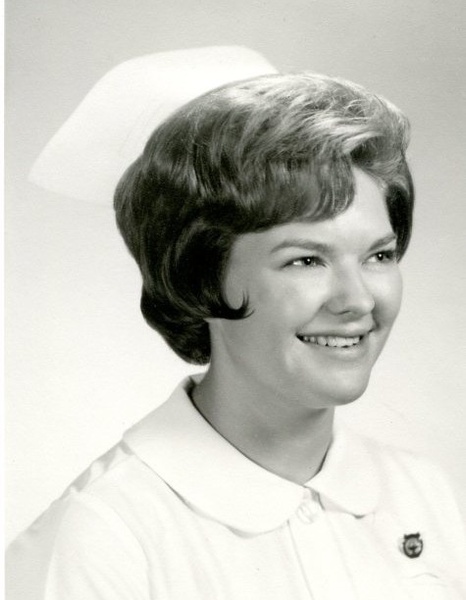 Marjorie “Marge” Nelson, age 74 of Cottage Grove, passed away peacefully on Sept. 11, 2019 with her daughters by her side.

Memorial service will be 11 am on Saturday, September 28, 2019 at Kok Funeral Home, 7676 – 80th Street S., Cottage Grove with visitation from 9 am until the time of service.  Interment Newport Cemetery.

Marjorie Jean Nelson was born April 19, 1945 in Pelican Rapids, Minnesota to Odin and Esther (Nettestad) Jenson.  She graduated from Pelican Rapids in 1963 and went on to receive her nursing license from Hennepin County General Hospital School of Nursing.  Marge was married to James A. Nelson on December 10, 1966 and they lived in Richfield before moving to Cottage Grove in the early 1970’s.  She worked at the Hennepin County Medical Center and St. John’s Hospitals in a variety of departments.  Marge enjoyed many years as a nurse and physician’s assistant at Summit Orthopedics and then her final working years as a part-time surgical nurse at Woodwinds Hospital.  Marge enjoyed travelling with the Happy Wanderers to a variety of locations including many countries in Europe, Mexico as well as trips to Las Vegas.  She was an avid bridge player, as well as golfing, bowling and softball in her younger years and volunteering at the Friends In Need Food Shelf.  She touched many lives and will be remembered for her motherly heart, her wisdom, sense of humor, her generosity and her endless love and strength.

She is preceded in death by her husband James A.; parents Odin and Esther Jenson; mother and father-in-law Al and Eva Nelson.  She is survived by her daughters Lori (Sean) Brabec and Kelly Nelson; granddaughter MacKenzie Nelson; step-grandson Mitchell Brabec; siblings Avis (Jim) Nelson, Joyce Arneson, Pauline Fischer as well as several nieces and nephews.

To order memorial trees or send flowers to the family in memory of Marjorie Nelson, please visit our flower store.