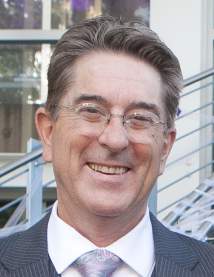 Mark James Miesen was born August 10, 1951 in St. Paul Minnesota to Adolph and Alida (Lindbeck) Miesen.  Mark graduated from Murray High School in 1969 and went on to serve in the 775th Quartermaster Company of the Army Reserves.  During those years, Mark also worked as a manager with Red Owl Stores in the St. Paul area over the next several years.

Mark met the love of his life, Marcelline Kostelecky and they were married on April 21, 1978 at St. Thomas Aquinas Catholic Church.  In 1980, Mark joined his brothers in the family business, Miesen Roofing, and was still actively involved.

Mark loved baseball and was an avid Twins fan.  He was an accomplished organist and he took pride in making his yard and the gardens around his house look beautiful.  Mark had a great sense of humor and looked forward to celebrating St. Patrick’s Day every year.  He touched many lives and he will be truly  missed.

He is survived by his wife Marcelline; daughter Alexandra Alida (Derek) Nelson; grandson Philip Miles Nelson; brothers Karl (Barbara), John (Julie) and Eric (Terry) as well as nieces and nephews.  He is preceded in death by his parents; brother Paul; sister Alida and his “special brother” Pauly.

Visitation will be 4-7 pm Tuesday, April 27, 2021 at Kok Funeral Home, 7676 80th Street S, Cottage Grove.  Memorial Mass will be 11:00 am, Wednesday, April 28, 2021 at St. Thomas Aquinas Catholic Church, 920 Holley Ave., St. Paul Park with interment following at the church cemetery. There will be a rosary prayed at the church on Wednesday starting at 9:45 am.  Memorial donations will be directed to charities that were dear to Mark’s heart.  Masks will be REQURED while in the facility at both events.

LIVESTREAM INFORMATION:  For those who would like to participate in Mark's service via livestream, you can watch the service on Wednesday, April 28, 2021 starting at 10:50 am.  It can be viewed by scrolling to the bottom of this page, and "CLICK PLAY" to begin.  Please leave a message of support on our Tribute Wall or complete the HeartStrings message form to let the family know you were able to watch the service.

To order memorial trees or send flowers to the family in memory of Mark Miesen, please visit our flower store.