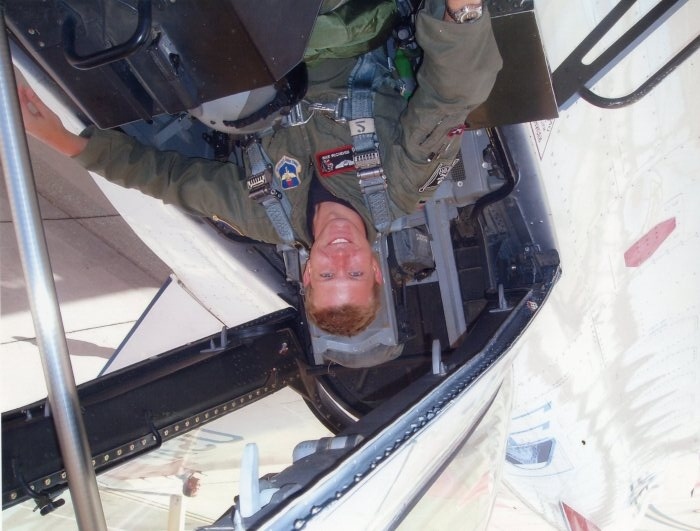 On Saturday, September 25, 2021, Michael James Michener, loving father, son and brother, passed away at the age of 39.  Michael was born to Duane and Beverly Michener on August 23, 1982, in Cottage Grove, Minnesota.  On November 24, 2014, Michael became a father to Jackson Thomas Michener who quickly became his pride and joy.

Michael graduated from Park High School in Cottage Grove in 2000 and St. Thomas University in 2004.  He became an Eagle Scout during his high school years at Cottage Grove.  He was a member of ROTC throughout his years in school and immediately joined the Air Force where he trained and became a pilot.  He was stationed in Del Rio, Texas where he trained others to fly.  He then moved to Oklahoma City, Oklahoma where he flew the Air Forces’ Airborne Warning and Control System (AWACS) Aircraft throughout his deployment.  He was an outstanding and highly recognized Captain for the Air Force and finished out his military career with the Minnesota National Guard in 2014.

Following his military service, he attended Le Cordon Bleu Culinary school and quickly achieved the status of Executive Chef at The Radisson Blue at the Mall of America and finally at The Radisson Red in Downtown Minneapolis.  Learning from his Mother who was a planner, perfectionist and excellent cook, he took his culinary skills to a level that entertained not just a customer for dinner, but many fine banquets over the past several years.  He was a perfectionist and loved creating new dishes and menus for the Radisson system.  His first completely re-designed menu included a specialty – Jackson Thomas Burger.

Michael was preceded in death by his Mother, Beverly Michener in 2020.  He is survived by his son, Jackson Thomas; Jack’s Mother, Clarissa both of Bloomington; father, Duane Michener of Cottage Grove; sister, Lisa (Patrick) McClure; nephews, Adam (Randi) Spaulding, Aaron Spaulding, Andrew Spaulding; great-nephews Bennett and Finley Spaulding.  Michael was also blessed with Clarissa’s extended family members that he considered to be some of the closest and most supporting family members he could ask for.

Michael followed in his Father’s footsteps and became the same devoted father to Jack.  His love for Jack has been the highlight of his life.  Building Legos, reading books, building and learning anything together, and most recently mastering Pokémon. Michael and Jack developed a bond that could not be broken.  While he leaves a huge void in so many of our lives, his love will be forever cherished.

In lieu of flowers, a memorial trust has been set up at Merchant’s Bank in Cottage Grove for Jack’s future education.

To order memorial trees or send flowers to the family in memory of Michael Michener, please visit our flower store.