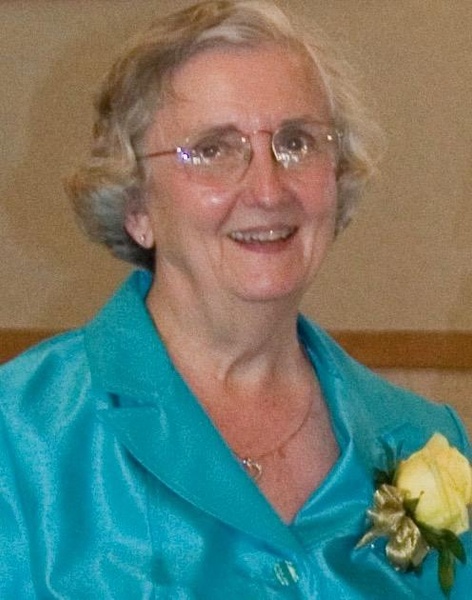 Orinne was born in Hayfield, MN and grew up on a farm. She was the oldest of three children and a strong-willed young woman.  After finishing high school, she attended Rochester Junior College and earned a degree as a medical secretary.  In 1954, she and her best friend, Carolyn, decided to move out to the Rockies. It was in Colorado Springs where Orinne met an up-and-coming Air Force Sergeant by the name of Bill Dunbar. They got along famously and were married June 24th, 1956. Their marriage lasted over 65 years.

When Bill got out of the service they moved to Minneapolis, then Hastings, and eventually Cottage Grove. They decided to start a family and ended up raising two boys and two girls. Orinne had a lot of love to give to those 4 kids of hers. She made sure they had a strong faith base and taught Sunday School and was very active at other church activities. She participated in various school and summer activities but was often the chauffeur, which the kids appreciated.

Orinne and Bill shared a love of travel and spent time camping throughout North America. They also flew to further flung destinations.  Hawaii was one of Orinne’s favorites, but she visited Europe several times and ventured as far away as New Zealand. She had a deep love of reading and frequently finished multiple books per week. She was also very passionate about genealogy and managed to visit many of the places where her Dunbar and Johnson ancestors had lived, including Norway and Ireland. She wrote three detailed genealogy books, an accomplishment that she was rightfully very proud of.

She loved flowers and birds and had several gardens at her home in Cottage Grove. Later in life, Bill and Orinne became snowbirds and spent their winters in Arizona.  Unfortunately, Orinne was struck with severe dementia, and over time her memories faded and eventually her body did too. We are saddened by her loss, but we rejoice knowing she is healthy and whole in heaven.

LIVESTREAM INFORMATION:  For those who would like to participate in Orinne's service via livestream, you can watch the service by clicking HERE . Please leave a message of support on our Tribute Wall to let the family know you were able to watch the service.

To order memorial trees or send flowers to the family in memory of Orinne Dunbar, please visit our flower store.