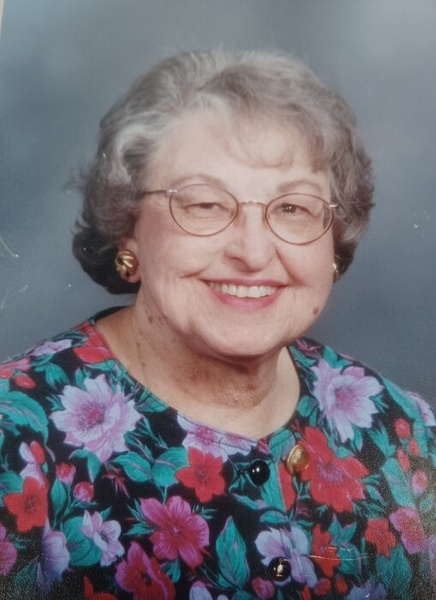 Patricia Samuelson, long-time resident of Cottage Grove, died peacefully on September 16, 2022, five days short of her 92 nd birthday. She was born on September 21, 1930, the only child to the late Howard and Mildred Myhre in Valley City, North Dakota.  Patricia is survived by her three children, Colin, Melody, and William Samuelson along with four grandchildren and two great grandchildren. She was preceded by her only husband Colin, beloved grandson Michael and great-granddaughter Madera.

A visitation and service will be held at Kok Funeral Home (7676 80 th Street S., Cottage Grove, MN) on September 30, 2022. Visitation will be from 11-1pm and the service will follow immediately thereafter.

Patricia grew up in Valley City, ND across the street from Valley State College an inspiring place with women with PhD’s. Not so common in the 1940’s. Early in her life, her musical abilities were recognized, and she sang on the radio at 4 years of age. Not long after, she began piano lessons, that would be her lifetime passion. In addition, she excelled academically as Valedictorian of her high school class and Salutatorian of her college majoring in Music, English and Education. Later she would earn advanced teaching credentials and complete graduate work at the University of Minnesota concentrating on the pipe organ.

She met the love of her life Colin F. Samuelson after Howard Wong, the owner of their favorite Chinese Restaurant, noticed two people often eating alone and played Matchmaker. Colin and Patricia soon married and had three children and multiple German Shorthaired Pointers that she would love throughout her life. She could often be found at the Lake Preserve running the dogs.

Pat was a piano teacher throughout her life and was known as a “perfectionist” demanding the best from her students. As an accomplished pianist and organist, she accompanied opera singers, choirs, and other musicians throughout the area. Pat was committed to the classics. She had a passion for the theatre and fine arts. During her travels abroad to Japan, she insisted on seeing traditional “Kabuki” theatre, a lifetime memory. In contrast, she could be observed watching Monday night football, Hockey, and the Twins!

A devout Lutheran, her kindness and generosity was evident throughout her life along with her failings. Believing in God’s grace through the blood of Jesus Christ and faith, Patricia is at peace in heaven. Blessed be to God! AMEN

To order memorial trees or send flowers to the family in memory of Patricia Samuelson, please visit our flower store.