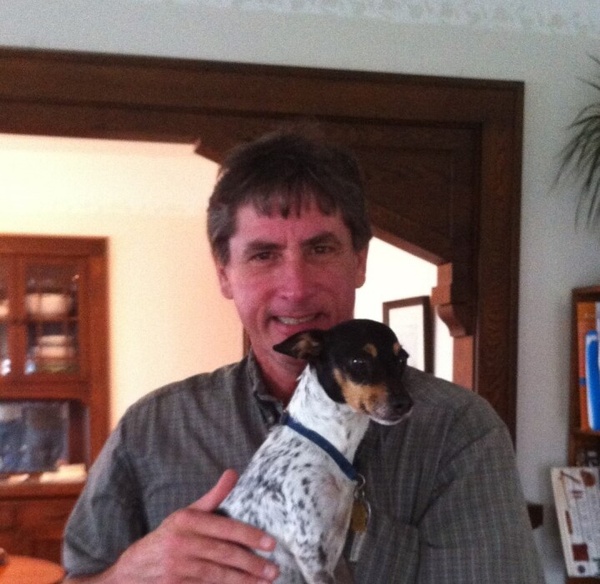 Paul was born on October 23, 1963 in St. Paul, Minnesota. He was the fourth child of Robert and Darlene (Dunbar) Hofmann. Paul grew up in Cottage Grove, Minnesota where he enjoyed playing with his siblings and friends and where he developed a curiosity about the world around him. Paul was a graduate of Cretin High School Class of 1982. After high school he was drawn to both the science and art of road construction and found his professional home in the bituminous paving industry. He worked at several paving companies around the country testing bituminous mix designs to ensure that quality standards were being achieved. Beyond his work, Paul was a lover of architecture and world history. He was always up for a spirited discussion of history’s finer points. For many years, he was a doting pet owner to his “little girl dog” Jardine. More than anything, Paul was a lover of people. He was a loyal and steadfast friend and was consistently generous with his time and resources. He cared deeply about the people in his life and regularly shared his love with us. He valued family above all. In his own words “Family is so important!” He had a special place in his heart for his nieces and nephews. He treasured each one of them and they loved their “Unco Pawee” back.

He will be missed. He is preceded in death by his parents Robert and Darlene Hofmann and his brother Tom.

He is survived by his sister Lori (Dave Urke) and brothers Rob (Kathleen McQuillan-Hofmann), Dan (Bernadette Marx), John (Naomi Hoffer), Pete (Sue Maxa), and Tim (Lisa Finley-Hofmann) along with many nieces, nephews, a grandniece, and a grandnephew. He leaves behind many friends that knew his love and kindness.

To order memorial trees or send flowers to the family in memory of Paul Hofmann, please visit our flower store.