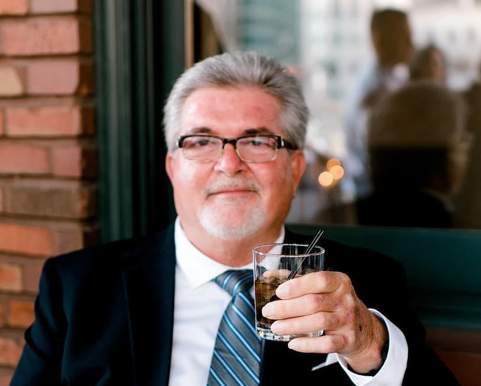 Rick Ryan of Cottage Grove passed away on Saturday, December 18th, 2021 at the age of 67.
Rick grew up in Newport and lived most of life in Cottage Grove, where he attended Park High
School. After high school, Rick began what would end up being a long career in the utility
industry with Xcel Energy, before eventually moving on and retiring from Micheals Corporation.
In his younger years, Rick was an incredible athlete and stayed active playing golf, skiing,
hockey, and softball. He also enjoyed taking trips to the casino, singing karaoke at the Red
Barn, and taking rides on his motorcycle.
Rick was a devoted and proud father, and enjoyed nothing more than spending time with his
daughters and watching them play hockey. Another of his greatest joys was being a grandpa.
Rick fought hard and remained positive after suffering in his health over the past several years.
He was an inspiration to all those who knew him. Ricks sense of humor, kind heart, and
courageous spirit will be missed by his family and friends.
Rick is survived by his daughters Megan (Marc), Mallory, and Casey; grandchildren, Logan,
Zoe, Cain, and Brooklyn; and siblings, David (Rowena), Kim, Randy (Corky), and Tamara
(Warren), and several nieces and nephews. He is preceded in death by his parents, Patsy Ann
and Jack, and brother, John.
A memorial service will be held at 3pm on Sunday, January 16th, 2022 at Kok Funeral Home
(7676 80th Street South, Cottage Grove, MN). A visitation will be held prior to the service from
1pm-3pm. Those who are not able to attend the service are able to stream it through the Kok
Funeral Home’s website.

To order memorial trees or send flowers to the family in memory of Rick "Rico" Ryan, please visit our flower store.