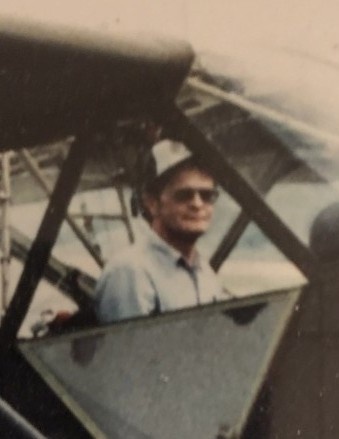 Visitation will be 5-7 pm Monday, August 26th at Kok Funeral Home, 7676 – 80th Street S., Cottage Grove with the funeral service starting at 7 pm.  Private interment will be at Ft. Snelling National Cemetery on Tuesday, August 27th.  Memorials may be directed to the American Diabetes Association.

Robert Eugene Sullivan was born June 1, 1938 in St. Paul, Minnesota the son of John and Willmette Sullivan.  He grew up in St. Paul and graduated from Central High School in 1956.  He entered active duty in the U.S. Air Force and was stationed at Ft. Snelling where he gained experience repairing various types of military aircraft.  After his discharge he continued to serve in the Air National Guard for 35 years and attained the rank of Master Sergeant.

He met the love of his life, Karren Cadigan, at a YWCA dance event and they were later married at Edgcumbe Presbyterian Church on April 30, 1960 in St. Paul.  They lived briefly on Grand Avenue in St. Paul before moving to Cottage Grove in 1960.  Robert took his aircraft mechanic training into his working career and was employed as an aircraft mechanic by Ashland Oil for several years and then took a position with North Central Airlines, which later became Republic Airlines, Northwest Airlines and Delta, retiring in 2001 after 25 years.

Robert purchased a wooden boat in the late 1960’s and enjoyed taking his family out on the St. Croix River and even became a “trick skier”.  He loved to collect and restore vintage cars including his 1967 Mustang, 1964 Galaxie and 1979 Ranchero.  Robert was often found at local car shows and took home numerous awards through the years.  He had been a member of the Commemorative Air Force group which formed to restore WWII airplanes.

To order memorial trees or send flowers to the family in memory of Robert Sullivan, please visit our flower store.