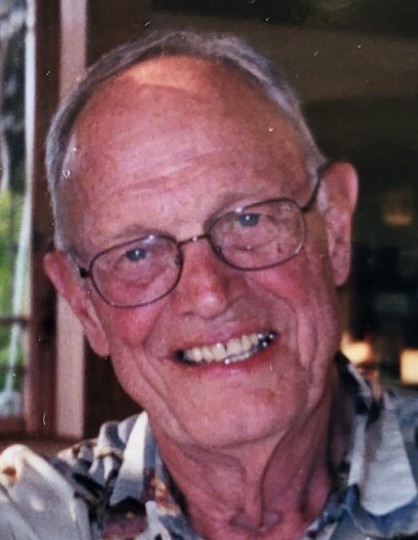 Visitation will be held from 4-6 pm on FRIDAY, June 24, 2022 at All Saint’s Lutheran Church, 8100 Belden Blvd. S., Cottage Grove.  Funeral service will be 4 pm, SATURDAY, June 25, 2022 with a visitation one hour prior, also at All Saints.  In lieu of flowers, donations can be directed to the Children’s Tumor Foundation ( join.ctf.org/sigjacobson ).

Sigurd Karl Emil Jacobson was born June 15, 1932 in Minneapolis, Minnesota to Hans and Alfhild Jacobson.  He grew up in Minneapolis and graduated from Central High School in 1950.  Sig entered active duty in the US Navy and was stationed primarily in the Mediterranean during the Korean Conflict.  Upon his return he enrolled at the University of Minnesota to pursue a degree in Elementary Education.  During the Christmas Holiday season in 1955, Sig met the love of his life, Grace Markgren and they were united in marriage on September 7, 1957.

Sig started his teaching career in Newport where he taught 6th grade and also worked on earning his master’s degree.  He became an elementary principal and served at several locations in District 833 including Hillside and Royal Oaks.  He retired in 1994, he built many strong friendships with students, staff members and fellow administrators and still remained in contact with many through the years.  On a state level, Sig was a longtime active member of the MESPA where he also served as treasurer.  After retirement he found a new passion working with Habitat for Humanity.

Sig had an amazing gift of connecting with people and making them feel special.  He was an avid woodcarver and a dedicated fan of Minnesota Sports.  He made many memories with his family including family camping trips to various places in the USA and spending time at the family cabin that they built in Cumberland, Wisconsin.  He was deeply loved and will be missed.

LIVESTREAM INFORMATION:  For those who would like to participate in Sig's service via livestream, you can watch the service on Saturday, June 25, 2022 at 4:00 pm.  It can be viewed by scrolling to the bottom of this page, and "CLICK PLAY" to begin.  Please leave a message of support on our Tribute Wall to let the family know you were able to watch the service.  If you are having troubles with the Livestream, the service will be available to watch later in the day.

To order memorial trees or send flowers to the family in memory of Sigurd Jacobson, please visit our flower store.