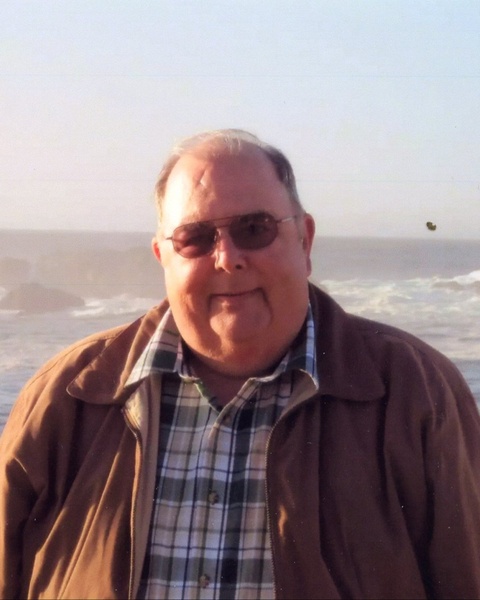 Bill was born December 14, 1945 in Mankato, MN, the son of Dr. Anthony “Tony” and Maxine Schmitz. He graduated from Loyola High School in Mankato in 1963. He attended St. John’s University in Collegeville, MN touring with the Men’s Choir. He finished his degree in Mathematics at Mankato State University. After college he took a job with the Great Northern Railroad (which later became Burlington Northern) and stayed there throughout his career.

Bill married Jean Claussen at St. Joachim’s Church in Plainview, MN on December 28, 1974. Bill and Jean raised their son, Dan, in Cottage Grove, MN. Bill was an active member in The Church of St. Rita participating in the Men’s Club, counting collections, ushering, and helping with the annual community pig roast. He also enjoyed being a member of the local chapters of Knights of Columbus and Ducks Unlimited. His faith was very important to him and he made annual trips to the Demontreville Jesuit Retreat House for 45 years. Bill enjoyed fishing, singing, watching all sports, especially Gopher and Viking football, and spending time with his family.

Bill was preceded in death by his parents, Tony, and Maxine; sister, Vicki Collins; and niece, Nicole Krolikowski.

In lieu of flowers, memorials are preferred to the Demontreville Jesuit Retreat House.

LIVESTREAM INFORMATION:  For those who would like to participate in Bill's service via livestream, you can watch the service on Thursday, October 13, 2022 at 11:00 AM.  It can be viewed by scrolling to the bottom of this page, and "CLICK PLAY" to begin.  Please leave a message of support on our Tribute Wall to let the family know you were able to watch the service.  If you are having troubles with the Livestream, the service will be available to watch later in the day.

To order memorial trees or send flowers to the family in memory of William Schmitz, please visit our flower store.