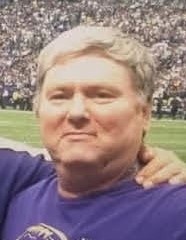 Bill grew up in Brooking, SD.  He held many different jobs over the years but worked for over 17 years at Royal River Casino as a poker and blackjack dealer.  Bill was a sports enthusiast.  He played basketball, softball and bowled as a younger man and enjoyed playing cards and bingo.  He was an avid Twins and Vikings fan.

Bill was preceded in death by his parents.  He is survived by his brothers Mick (Diane), Tim, and sisters Jackie (Tom) and Cindy (Tim), and several nieces and nephews.  Bill resided at Ecumen Lakeview Commons, Maplewood, MN for 12 years and considered the residents and staff as part of his family.

To order memorial trees or send flowers to the family in memory of William "Bill" Ramey, please visit our flower store.

No services to be held